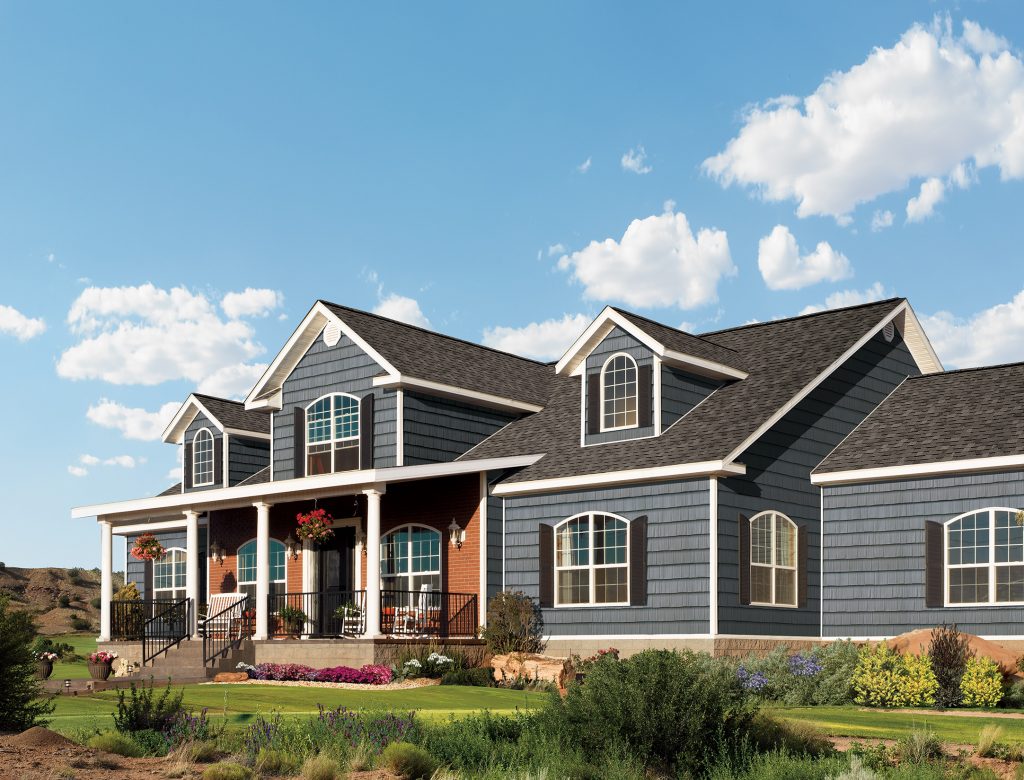 Today, we’re going to start off by talking about a few things that might seen unrelated, but that actually affect one another in profound ways. Residents of Orlando, Florida know that their state’s nickname, the Sunshine State, is well deserved and accurate. In an average year, Orlando sees sunshine on more than 230 days out of the year. Summer highs are often in the 90s, and even in the dead of winter, the temperature is often well above 70 degrees and the sun shines for hours a day.

Now for our next topic: vinyl siding. This ubiquitous finishing material has been immensely popular in the home building industry for more than half a century. Vinyl siding, which is made by extruding polyvinyl chloride through molds, is prized for its weather resistance, its ease of use, and its low cost. There are millions of homes and businesses around America that are clad in vinyl siding, and tens of thousands of those properties are located in Orlando.

Our third seemingly unrelated topic is the low-e window. Low-e is shorthand for low thermal emissivity, which refers to the amount of thermal energy — a fancy term for heat — a material radiates, which is a fancy way to say gives off. So a low-e window is one that was designed to prevent the transfer of solar heat into the home, keeping the residence cooler and more cost-effective. Also known as energy efficient windows, they achieve their aim in two primary ways. First, the surface of a low-e window is designed to be highly reflective, bouncing a maximum amount of solar energy away from the glass. Second, most low-e windows are also double paned, leaving a small vacuum sealed gap between the layers of glass that acts as a barrier between the heat outside and the cooled air inside, enhancing the insulation properties of the window.

Remember both of those qualities of the low-e window, because both the reflectivity and the double paned design are important here. And if you have vinyl siding in Orlando, then those qualities of the low-e window and all those days of Florida sunshine may well have come together to cause a type of property damage you might never have expected: thermal distortion. Which is just a fancy way to say melting. The link between the Orlando sunshine, energy efficient windows, and vinyl siding is that when all three of these things come together in the right way, there can be some serious and costly damage inflicted on a property.

Window reflections melt vinyl siding because of the intense hotspots created by sunlight bounced off of low-e windows. The high reflectivity of these windows alone can create enough concentrated heat to cause damage, but it’s the double paned design that makes things even worse for nearby vinyl siding. When there is a difference between the temperature inside and outside a property, the vacuum between the panes of glass can cause the exterior pane to contract sightly, creating a concave shape. This curve in the glass, subtle though it may be, compiles the windowpane to act like a lens, focusing the reflected light into a beam.

Concentrated light reflected by energy efficient windows can create patches of heat that measure well above 200 degrees Fahrenheit. That’s enough heat to cause a serious injury to a person or animal, and it’s more than enough heat to melt vinyl siding. In fact the vinyl siding melting point is only around 165 degrees, so window reflections can melt vinyl siding with ease under the right circumstances, those circumstances being sufficient sunshine. (A warm ambient temperature only makes vinyl siding more easily melted by sunlight reflections.)

And those circumstances are often present in Orlando. It’s a catch-22, really: the hot, sunny days so common in Central Florida have convinced many people to upgrade to low-e windows in order to keep their homes cooler and to save money on cooling costs, but these very windows can damage their property or a neighboring residence or business, ending up costing lots of money to replace the vinyl siding melted by reflected sunlight.

How to Prevent Melted Vinyl Siding So what’s the solution? Toss the energy efficient windows and switch back to inefficient old single-paned options? Close the shutters every time the sun shines? Or pull off all that vinyl siding and switch to cement board or bricks?

Well… no, of course not. No need for anything so dramatic when you can stop vinyl siding melting from window reflections simply by applying anti reflective window film over your existing low-e windows. This unique window film was designed expressly to mitigate this thoroughly modern problem. Anti glare window film is thin and perforated, and the view out through it from within the residence or business is no more obstructed than it would be by standard insect screens. The product is available in a clear film that is imperceptible from any distance as well as in gray, black, and white varieties that add an element of architectural design to a property.

Anti reflective window film works by scattering reflected sunlight in myriad directions instead of allowing it to concentrate into a beam that creates a hotspot. This film will not reduce the heat rejecting property of an energy efficient window at all, it merely stops the light bouncing off of the surface from being focused. The film is easily applied by the competent DIY enthusiast, though professional installation ensures the anti glare coating will be aesthetically pleasing and fully functional. The film will last for many years under most conditions, but it can also always be removed with great ease and will leave no lasting marks or effects on the window that was coated. (If you or a neighbor ever changed the siding of a home to a material that was impervious to heat damage you could remove the film; otherwise, it’s best to leave it in place. Vinyl siding can be damaged beyond repair in a single afternoon if the sunlight reflections line up in the right ways.)

So if you are facing that proverbial perfect storm of sunlight reflection melting vinyl siding in Orlando, don’t curse the sun, the siding, or those modern low-e windows, instead just apply anti glare window film to the outside of the windows at issue and stop the damage before it even starts.

Blackout Tint for Home in Windermere 34786

Ceramic Window Tint In Orlando FL for a 2019 Subaru Forester

In Orlando Home Window Tint Is More Affordable Than You Think

Privacy Tint for a Ford F-150 In Orlando, FL