Contact us now and request more information. You can also text or call 407-542-6031 for an appointment 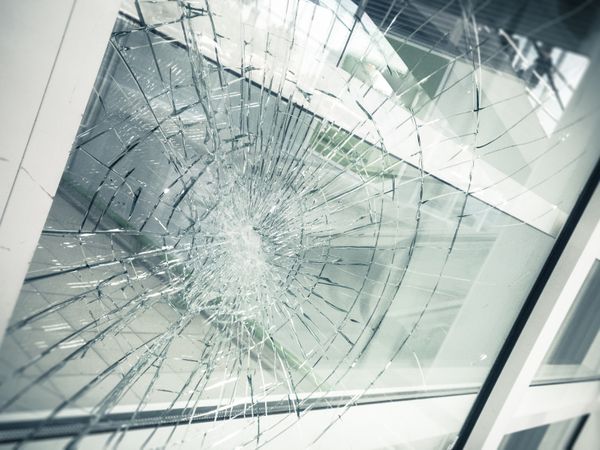 Not all commercial security window tints are the same. Some are higher quality and last for a decade, while others might only last a few years. We recommend that you always choose the best quality to save money in the long run.

Our high quality commercial security window tint films will keep broken glass in place, control the heat from the sun, offer UV protection, and provide security and protection from outside elements. Our premium security window tinting film will outperform any dyed product regardless of the shade/color you decide. Call now!

Get A Free Quote Now!

Why Do People Use Commercial Security Film For Window Tints in Orlando, Florida?

Homes and businesses everywhere are susceptible to accidents, be it a natural disaster or a man-made one. Having smart homes and alarm systems is often not enough when it comes to safety and security. One of the ways we can add an extra layer of security and protect our homes and businesses is by installing security window films. This often-overlooked security measure is especially important for residents of Orlando, Florida where hurricanes are not uncommon.

Security window film can be installed on any window for protection of your home or car from burglars and accidents. The protective film minimizes the damage caused by glass breakage. Drivers in Orlando, Florida install security film on their car windows to protect themselves and the passengers.

Why Do People Use Commercial Security Film For Window Tints in Orlando, Florida?

When applied to your home or business windows, security film strengthens your windows and makes it harder for thieves to break into your home. This means a safer environment for you and your family or your employees. Another reason why you should consider investing in security film installation is the fact it’s a very cost-effective method to protect your life and your belongings. Besides, some security/safety films are also efficient at blocking UV rays and thus protecting your skin.

How Much Does Commercial Security Window Tinting Cost in Orlando, Florida?

The average cost for security film installation is $6 to $8 per square. However, you must take into consideration the fact that not all security films are the same. Basic types of security film are cheaper than the high-performance ones. Also, take into account the scope of work, the size of the windows, as well as the quality of the installation.

Professional window tinting companies might be more expensive but this investment pays off in the long run because you save money by not having to frequently replace the film. If you’re interested in getting your windows tinted in Orlando, Florida, you’ll want a trusted company to handle the installation so that the tint lasts for many years.

How Dark Can You Tint Your Windows in Orlando, Florida?

Security window films can be clear, reflective, or decorative, depending on what you want to achieve. When it comes to tinting your home or office windows in Orlando, Florida, there are no rules that regulate this matter. You can choose whatever type you want and think will improve the aesthetics of your home or commercial property. However, if you’re applying security film on your car windows, you must adhere to Florida’s tinting rules which are indicated below:

- For windshield, the non-reflective tint may be applied above the manufacturer’s AS-1 line

It’s not easy to give a clear answer to this question because it depends on several factors. One of the major factors here is the quality of the film you purchased. Thicker films are generally stronger. This means they have several layers of polyester film. Basic types of security film contain only one layer. Thicker films are more expensive but they tend to last much longer.

Windows covered with a thick security film are much harder to break. The window tinting company you choose also has an impact on the longevity of the film. Hire a reputable company with years of experience and ask to see some examples of installations if possible.

This depends on the type of security film you choose. Some films contain the properties to block the heat and help regulate the temperature in your house or building. By blocking the heat as well as the harmful UV rays, the film keeps the place cool even during summer. As a result, your cooling bill is reduced because the AC system won’t be on all the time. On the contrary, you can crack open a window and allow some fresh air in for a change. If you’re looking to install a security film that will not only provide protection from burglars and accidents but also from the sun, contact us to help you make a decision.

Which Commercial Security Tint is Best For Properties in Orlando, Florida?

Any security film is better than no film at all. However, there is some differences of course. High-quality films tend to last longer and provide better protection. Solar security films are a great choice because they not only strengthen your windows but they also block ultraviolet light and prevent the heat from entering your home or office. They are durable and very efficient.

Clear security window film is perfect if you want the added layer of protection without altering the appearance of your windows. No one will even notice that your windows are protected. When it comes to quality, LLUmar is one of the renowned names in the security film business. They make strong, clear films that add to the strength of your windows thus protecting you and your family.

What Are The Benefits of Commercial Security Window Film in Orlando, Florida?

Security window films provide plenty of benefits. For store owners, they provide anti-theft protection because the windows are much harder to break. This is equally beneficial for homeowners as well who are looking to create a safer environment for their families. Injury prevention is another major benefit of security films. In the case of glass breakage, the film keeps the broken glass together. Without the film, little pieces of glass would fly all over the place in an instant and would injure people.

Energy efficiency is another important benefit of security films. This insulating layer on your windows helps save energy and reduce bills. It helps maintain the house or keep your shop cool without using the AC system. Similarly, the security film traps the heat inside during the cold months. Security films can protect you from ultraviolet light. Exposure to UV light is extremely damaging to the skin and can lead to the development of skin cancer.

Why Should You Hire Ultimate Window Tinting For Your Commercial Property in Orlando, Florida?

If you really want to increase your safety, investing in security film is not enough. You need to let professionals install the film otherwise it might not be as effective. Ultimate Window Tinting is a team of experienced, licensed window tinting professionals based in Orlando, Florida. We have completed countless window tinting projects over the years and many of them are still enjoying the benefits of their investment. Are you looking to add a layer of security to your home or office? Call us to schedule a free consultation.

Yep, We Did That!

Since 2002 we’ve provided the highest quality solutions for all of Central Florida. No project is too big or small for Ultimate Window Tinting.

This Winter Park business owner was in need of privacy tint for their windows but also wanted a touch of elegance. They...

This Orlando-based family reached out with a couple of concerns with their bay window, primarily: glare, heat rejection, and privacy. Window dressings...

This beautiful Belle Isle home's walls had very large windows that were dependent on window dressings for privacy and heat rejection. The...

These Orlando-based homeowners reached out to us because they were in need of privacy for the sidelights and several doors in their...

This beautiful Orlando-based home was in need of window tint to block heat and UV protection for its sunroom. The owners wanted...

Heat Rejection and Privacy Window Tint for Home in Windermere

This homeowner contacted us because they were in need of privacy for the door of their lovely Windermere...

When you have a home with large windows, you often have the benefit of natural light but along with that natural light,...

The Homeowners of this beautiful Winter Garden Residence were in need of heat reduction and UV protection. They wanted to make sure...

Experience and Service You Can Trust

We take pride in providing the highest quality products and service to all of customers, and the results speak for themselves.