At Ultimate Window Tinting, we offer the most effective privacy window tints for commercial properties in Orlando, Florida. Our privacy window film will give you privacy, relief from the sun, and reduce the temperature inside your commercial building during the summer.

Contact us now and request more information. You can also text or call 407-542-6031 for an appointment 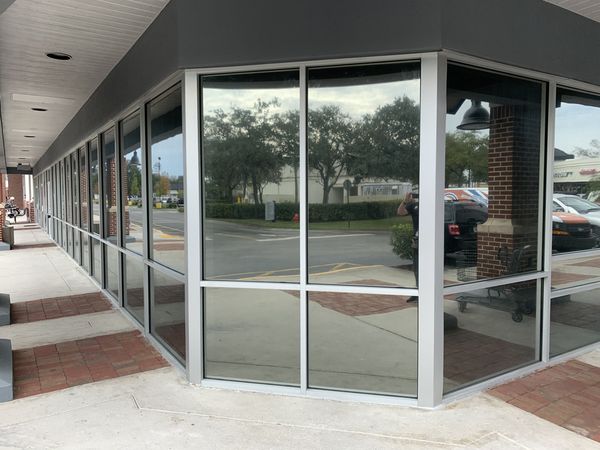 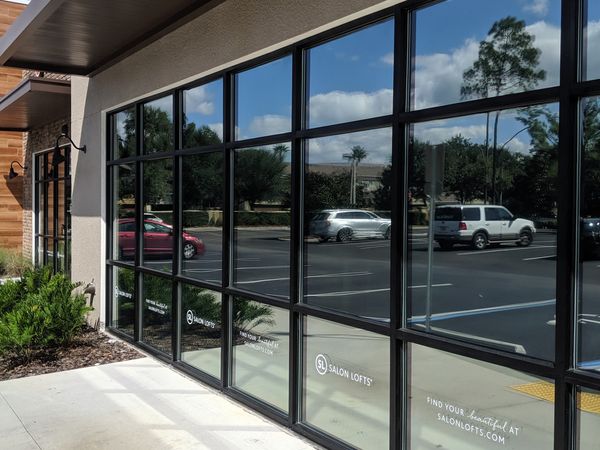 Not all privacy window tints are the same. Most are higher quality and last for a decade, while some companies use low quality tints that barely last a year.

Ultimate Window Tinting has the knowledge and experience to help you to choose the perfect privacy tint for your business and/or commercial property in Orlando, FL. Call now!

Get A Free Quote Now!

Why Do People Tint Their Commercial Windows With Privacy Film in Orlando, Florida?

While necessary, windows and glass doors imply a lack of privacy. This is a problem for many homeowners and businesses, especially those conducting confidential work. One way to solve this problem is by applying a privacy window film on your home or office windows. This is an ideal solution because you will be increasing your privacy while still allowing plenty of light into the room. An array of other benefits is associated with privacy window film installation. This is why residents of Orlando, Florida often turn to window tinting companies to install the film on their home or office windows.

Should You Get Your Commercial Windows Tinted With Privacy Film?

If you live in Orlando, Florida, or surrounding areas, there are many reasons why you should tint your home or office windows. First of all, you will be able to relax in your own house at peace. Employees can focus on their work more easily knowing they have some privacy despite the glass windows. But there is another, perhaps even more important reason why tinting your windows is a good choice.

The UV light is very damaging, that is why we usually wear sunblock when we’re outside. But what about when we’re at home or work? The sun can damage our skin even through the glass. You can only imagine what long term exposure to this light can do to your skin. Privacy window film blocks the UV rays and protects your skin. Privacy window film will also solve the problem of glare that we are all familiar with. Glare can make watching a movie or working on a presentation extremely difficult. Trying to concentrate on work or TV with glare is uncomfortable, to say the least, and it can lead to eye strain. Privacy films also have a decorative purpose and can improve the aesthetics of your home or building. It’s an investment worth thinking about.

How Much Does Security Window Tinting Cost in Orlando, Florida?

The cost of security window tinting depends on a few factors, primarily the type of privacy film. Privacy films can be clear, frosted, decorative, black, basic, high-performance, etc. Depending on the type of film you buy, you can expect to pay about $8 per square. However, the price may vary, especially if you get one of the high-quality films. The cost of installation may also differ from one company to another. If you're thinking about investing in a privacy window film, you should make sure you hire a reputable window tinting company to apply the film correctly.

How Dark Can You Tint Your Commercial Windows in Orlando, Florida?

Privacy window films can be clear/translucent or completely dark, depending on your preferences. If we’re talking about car window tinting, there are some rules according to the Florida tinting law that all citizens must adhere to. The rules are the following:

- Windshield: the non-reflective tint may be applied above the manufacturer’s AS-1 line

- Side windows: the film must allow for more than 28% of light

- Back windows: the film must allow for more than 15% of light in

- Rear window: the film must allow for more than 15% of light in

As much as we would like to give a clear answer to this question, we can’t because this also depends on a few factors. First of all, the higher the quality of the film, the longer it will endure. A cheaper type of film will give you the privacy you need but these can hardly last a decade. Top-quality films, on the other hand, tend to last up to two decades provided they’re installed correctly. The skills of the window tinting company you hire also impact how long the privacy film lasts. If the film isn’t applied correctly, it may start to break down much earlier than normal.

Certainly. Commercial privacy window films are excellent at blocking the UV rays and allowing less heat into your room. In fact, some privacy films block up to 99% of the dangerous ultraviolet light. This means the room can stay cool without turning the AC on. For residents of Florida, a country with a tropical and subtropical climate, this means a lot. This also means you get to save some money on your cooling bills.

Which Commercial Privacy Window Tint is Best For Properties in Orlando, Florida?

There are different types of commercial privacy window films designed for different needs. There’s the translucent film, decorative film, reflective film, and blackout films (block all of the light). Which is best for you depends on your preferences. For example, if you want to increase privacy but still want to let the light in, the translucent/frosted type is ideal for that. The view will be blurry from the outside, although your visibility from the inside is also reduced. Reflective films are very efficient at blocking the view from the outside during the daytime. However, at night, when there is more light inside than outside, people can see into your home.

What Are The Benefits of Tinting Your Commercial Windows With Privacy Film?

Installing privacy film on your windows comes with numerous benefits.

Privacy. This type of film increases your privacy and prevents viewers from the outside to see what’s going on inside. This is also very useful for offices separated by glass walls where there’s very little privacy.

Sun Protection. There’s a very important health benefit associated with privacy film installation. This film protects the skin of your loved ones or your employees by blocking the harmful UV rays which are known to lead to skin cancer.

Glare. Privacy window films reduce or eliminate glare which prevents you from focusing on a screen. This makes watching your favorite TV show or working a lot easier.

Aesthetics. A privacy film can improve the appearance of your home or office. It can be a decorative addition that gives your house or building a more elegant look.

Why You Should Hire Ultimate Window Tinting For Your Commercial Property in Orlando, FL?

When getting your windows tinted in Orlando, Florida, hire the best people in the industry. Ultimate Window Tinting is a professional window tinting company founded in 2002. We have completed numerous window tinting projects so far with not a single displeased client. We are a team of experienced professionals who know how to install your privacy film without jeopardizing any of the benefits you hope to get. Most importantly, the films we install last for many years so you’ll get your money’s worth. Are you thinking about tinting your windows? Call us to schedule a free consultation!

Yep, We Did That!

Since 2002 we’ve provided the highest quality solutions for all of Central Florida. No project is too big or small for Ultimate Window Tinting.

We recently had the pleasure of working on this beautiful Orlando-based residence in need of privacy and heat rejection. Their main focus...

We recently had the pleasure of working on this beautiful Orlando-based residence. This homeowner reached out to us wanting to reduce heat...

When it comes to privacy, traditional frosted tint is one of the most dependable ways to go. The owners of this Orlando-based...

This beautiful Windermere-based residence was recently in need of heat rejection and UV protection. They reached out for a free consultation and...

This Orlando-based client recently called us because they had a door that needed fixing. They had previously used spray-on frosted tint for...

This Orlando-based client reached out to us because they had recently installed skylights. When they initially installed the skylights, their goal was...

This Winter Park business owner was in need of privacy tint for their windows but also wanted a touch of elegance. They...

This Orlando-based family reached out with a couple of concerns with their bay window, primarily: glare, heat rejection, and privacy. Window dressings...

Experience and Service You Can Trust

We take pride in providing the highest quality products and service to all of customers, and the results speak for themselves.